LUNCH / DINNER MEETINGS AND GET TOGETHERS

Please find enclosed the information for the lunch & dinners for the following regions… I believe that small groups of retirees from other areas i.e. Prince George, Quesnel, Prince Rupert, Cranbrook to name a few, get together periodically, if any one anywhere in the Province is arranging anything in your area, let us know the details and we will include them in the email sent out to the membership and on this page.
Spouses and Active crew members also welcome to attend. 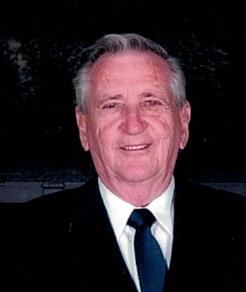 John would like to let you know that his work here is done. He received a call to set sail, a sort of an offer you can’t refuse for an appointment from which he will not be returning. This sail into the waters comes with a bonus, a reunion with family, friends, and animals he has not seen in a long time.

On December 29th, 2019, the man, the myth, the legend (his words) John William Murdoch Coltman gracefully passed away with his family by his side.

He is lovingly remembered by so many because of his quick fiery wit, caring mannerisms, and his wicked sense of humor which included a snort or two.  He was a father figure, a leader, and greatly admired and respected by many.

Leaving behind is his wife Roberta and her children Sam, Collin (Tracy), Cindy and Rod (Stephanie) and grandchildren.

The remainder of the clan that dad loved and cherished include his sons, Wayne, Rick (Becky), John Jr. and Max. An amazing father to his daughters who place him atop the pedestal, Kim (Bob), Denise (Rob), Belinda (Pat) March, Michelle (Cameron) Borgland, and Cindy (Jason) Fontaine. You can probably ascertain that from this motley crew there are also numerous grandchildren, great-grandchildren, nieces, and nephews.

His involvement and contribution in this community of Kamloops was astronomical as he was a giver of his time and his knowledge. He was involved coaching and playing hockey, baseball, and soccer throughout his life. He was a loyal Blazers fan who spent a majority of his time socializing as opposed to taking the game in. John was also involved with the Miss Kamloops Ambassador program for many years (yes, he wore the crown every so often). He could be seen jigging it up every Saturday night as a member of the Eagles. Summers long ago, he organized the BC Ambulance, Police, and Fire Department fishing derbies at Knouff Lake. A great time was always had by all on account of his careful organization and execution.

John was born in 1932 and at the age of 17 he joined the Royal Canadian Navy which took him on adventures around the world. He did not boast or discuss the horrific events of the Korean War, yet he proudly fought as a Frogman in the war. Upon discharge from the Navy, he became a paramedic in Surrey in 1957 of which our second family came into the Coltman clan: The Paramedics of British Columbia.

In 1972, he and his wife Heather (deceased in 2006) moved to Kamloops where he continued his career in the Ambulance service until the province took over the Ambulance and he refused to work for the “commies”. He then worked at Tranquille with the residents of the facility and became quite involved with the union there. An example of John’s caring loving self was his open arms as he welcomed Jim and Joe into our home and as a part of our family when Tranquille was dismantled. “The boys” lived with John for 32 years.

In 1976 he returned to the Ambulance service in Kamloops and worked until 1991 when he fell ill with cancer. The strength and determination of this man is proof with the struggles of his health of which he always bounced back from with a survivor’s mind and a good fight.

There is not enough time or space to write about his love for others and how he was accepting of everyone. He was kind to animals and his grandchildren, he was the most non-judgmental man who never questioned others behavior or choices, he supported his neighbors and friends. He loved to dance, laugh, tease and joke. But of most importance, he loved his family and friends with his entire being. He will greatly be missed by so many.

The family would like to send our sincerest thanks to the staff at Ridgeview Lodge for their love and care to John.

A celebration of his colorful and wonderful life will be held on Saturday, January 18th, 2020 at 1400 at Thompson Rivers University in the Campus Activity Centre in the Grand Hall. In lieu of flowers or trinkets, please consider a donation to the Y Women’s Emergency Shelter as John dressed up as Santa Claus for decades and took ice cream and toys every Christmas Eve to this organization. Condolences may be sent to the family at DrakeCremation.com

Events that are of interest for members of the bcas10-7 association. eg. Surprise retirement parties, lunches or Dinners.
Go to the events page

To post your event on these pages, please contact the webmaster and the membership coordinator with all information about your event. Date, time, location, and what the event is for. If you have a poster please forward it also.